Menopause is a natural progression of ovarian hormone decline, a process that should occur without symptoms or event. The miserable side effects of menopause that some women experience are not an ovarian hormone problem, not at their core; they are an adrenal hormone dysfunction.

I have spent almost 2 decades working in a medical practice where 85% of my patients are women. For thousands of hours, I’ve assessed and treated perimenopausal and menopausal women with Adrenal Fatigue at the root of their symptoms.

Adrenal Fatigue not only affects the ovarian hormones but takes its toll on all systems of the body.

A couple of years ago, I was asked to go out west to train other doctors about how to treat Adrenal Fatigue. Before I went, I dove even further into the research to provide these doctors with the best service I could provide. What I shared with them, and what I’m sharing with you now is conventional research. What I present to you here is not merely a naturopathic “perspective.” It is all standard endocrinology.

I have endured my own personal battle with Adrenal Fatigue, and it led to the deterioration of my digestive and immune health. In the short video below, I tell the story of my own journey with Adrenal Fatigue and why I have such a passion for what I do, all day, every day.

When menopause happens as it should

Some women have no symptoms of menopause at all, save the cessation of menses.

Millions of women are going through perimenopause and menopause at this very moment. Some of those women aren’t noticing a single symptom: not a night-sweat, not a hot flash, not a single sleepless night. However, this is the exception, not the rule. The majority of these women are having a completely different experience.

Menopausal and perimenopausal women are sweating through their pajamas to the point of changing their sheets in the middle of the night. They’re having embarrassing hot flashes during the day. They’re moody, irritable, and anxious one moment, emotional, weepy, and sad the next. Their libido is a thing of the past.

A woman’s menstrual cycle ceases somewhere around 50 years of age because of a gradual decline in ovarian hormone production during the fourth decade of life. This process is programmed and a completely normal transition. This is a time for women to ease into a new, different phase in their life.

The process of menopause should, and is designed to, go off without a hitch, without a symptom.

The unpleasant or miserable symptoms of menopause, however, are not normal. Women have been going through this natural process for thousands of years.

What is the difference then between women who have no symptoms and the women on the opposite side of the spectrum who have to keep opening the refrigerator door to keep their temperature regulated?

Genetics play a bit of a role here, as well. When did your mother, aunt or sister go the “the change?” How was it for her? This gets us into the nature-versus-nurture argument, which is a bigger conversation than I have space for here!

Are the symptoms of menopause more prevalent in western society? In a way, yes.

Studies in India in the 1970s revealed that Indian women suffered no symptoms of menopause other than simple menstrual changes.

Researchers suggest that, in part, the reasoning is the how aging is viewed in these cultures; they simply accept the process of menopause quite differently than we do in the West. In some tribal cultures, this progressive change actually elevates a female’s status in her community to that of “wise woman.”

This is quite different than our view of aging women in the West, where women are often taught to fear aging and lament the loss of fertility and youth.

Many people speak to their general practitioners or even specialists about their symptoms of menopause. By the time women reach me, they’ve often been given the run-around, seen many specialists, and are working with BHRT, most often with no little or no relief.

Commonly, I will have women come to me for an initial visit stating that their Adrenal Fatigue started at menopause. I hear things like:

“I haven’t been the same since menopause.”

“Ever since my period started to become irregular, I’ve had all of these adrenal symptoms.”

“My doctor says I can’t be going through menopause yet because I’m barely 40 years old, but I have all of the symptoms.”

If you’d like more information, please reach out here.

In perimenopausal or menopausal women, the symptoms are many:

There are still those that are less common: hair loss or thinning, weakened or brittle nails, memory lapse or “Brain Fog,” Irritable Bowel Syndrome, frequent urination or incontinence.

Adrenal health is essential…especially during menopause

The adrenals offer fine-tuning support of ovarian function by producing progesterone, testosterone, and estrogen throughout your childbearing years, but this support is even more important when you begin the perimenopausal and menopausal years.

During the menopausal years, the ovaries are, of course, going to decline gradually in function. The ovaries start to produce very low levels of hormone. Normal and natural.

When the ovaries gradually start to change during perimenopause, it’s the job of the adrenals to start producing increased levels of those hormones to ease that transition into menopause. If your stress response is already chronically triggered, your adrenals can’t handle another one of those stresses.

For women with Adrenal Fatigue, menopause is yet another job “to do” for the adrenal system, and sometimes…it just can’t do it.

With a compromised stress response system (Adrenal Fatigue), the body cannot produce the estrogen or the progesterone to ease that transition. That leads to an exacerbated response to menopause in the majority of female patients with Adrenal Fatigue. That’s the connection.

Addressing the Adrenal Fatigue before menopause

The majority of my patients with Adrenal Fatigue have some form of ovarian hormone dysfunction leading to symptoms, even before perimenopause. This includes PMS, PMD, increased cramping and breast tenderness, menstrual irregularity (varying from very heavy to no menses), estrogen dominance symptoms such as fibroids and endometriosis, premenstrual moodiness, irritability, anxiety, fatigue, low libido, and even miscarriages or infertility.

Most women I see with Adrenal Fatigue will tend to go through menopause earlier and have more significant symptoms than women whose adrenal function is optimal.

Why some clinicians just don’t get it

Conventional physicians—and even many integrative and anti-aging specialists—would have you believe that the symptoms of menopause are a normal process of aging and simply need to be treated with additional hormones. While this is true in some extreme cases, these hormones should be used with care and on a short-term basis only.

What these well-meaning doctors don’t do before handing out gels, suppositories, and patches is identify and address the ever-present underlying Adrenal Fatigue. I’ve come to the point where I assume no one has a grasp of Adrenal Fatigue and its myriad effects on bodily systems. I’m occasionally and pleasantly surprised when someone does or even tries!

As I mentioned above, in most cases, if we treat the Adrenal Fatigue, hormones can be avoided completely. Not only do unbalanced adrenal hormones create ovarian issues, but they’re also going to create thyroid symptoms, digestive system issues, immune system symptoms.

You must be treated as a whole person and not just a cluster of symptoms to be “picked off” by specialists, one by one. We need to get to the root cause.

The underlying cause of the problem, the Adrenal Fatigue, is poorly understood, unrecognized, and certainly underappreciated. Well-meaning doctors discover and then treat the symptoms only. Patients may feel temporarily better, but it makes things worse over the long term.

I have seen this same story play out so many times over the years that I have grown increasingly frustrated with the current medical system. Well-meaning doctors, both conventional and alternative, make this crucial mistake every day, and that makes their unsuspecting, trusting patients worse.

If you’d like more information, please reach out here.

The hard truth about BHRT

In most cases, if we treat the underlying cause of Adrenal Fatigue, hormones can be avoided completely. Menopause is not an ovarian hormone problem, not at its core, so why not treat at the root cause instead?

Bioidentical hormones are identical to our production of hormones; it should follow that using them would, therefore, work all the time. But they don’t. They are estrogens that are foreign to our body.

There are some people that think that periods should not stop. I’ve had 60-year old women come into my office who have been put on bioidentical hormone replacement and their menstrual cycles are back. This is entirely abnormal, and we will see repercussions of this, whether cancers or other ovarian issues. Down the line, those backlashes do occur.

I am not completely against the use of bioidentical hormones. I am only opposed to the level of which and length of time women are using these hormones. Many of my colleagues use bioidentical hormones; on occasion, I will even recommend them myself. We must also do the underlying work to fix the root cause of these miserable symptoms.

We like quick fixes. I pray for quick fixes myself sometimes, but I know full well that they just don’t exist. I think most of you who are reading this (and most of my patients) understand that you have issues on a deeper level, and perhaps it’s best to search for more answers before beginning BHRT.

Healing from the ground up

The most important treatment for the adrenal-ovarian dysfunction is healing from the ground up.

This means not chasing symptoms without identifying the overall cause, and understanding that, if left unchecked, BHRT is not enough. We must control your symptoms while focusing on healing the dysfunction at its root.

By correcting the Adrenal Fatigue, any other treatments that you may be utilizing for your condition will have a stronger effect and be much more beneficial.

In almost two decades of seeing thousands of patients both in my office and via phone or video, I know that once someone has Adrenal Fatigue, a physiologic shift occurs (I call this the “seesaw“ physiology of the body). This shift creates debilitating and frustrating symptoms and dysfunctions in all the systems of the body.

The primary goal must always be treating the underlying Adrenal Fatigue and chronic activation of the stress response. Failure to do so wastes your precious resources of time, money, and most important, energy.

Mine is a holistic approach to healing, encompassing all ares of your life and not focusing solely on the misery of menopause. There is more going on than that. You must be treated as a whole person and not just a cluster of symptoms to be “picked off” by specialists, one by one. We need to get to the root cause.

Get Your Life Back! Start Here. 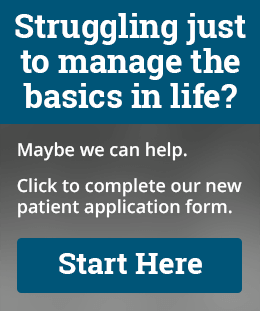